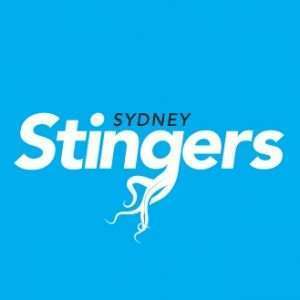 Finals Day – Swimming and Water Polo come together for the Finals and conclude in style with a massive closing party aboard The Island on Sydney Harbour.

Sydney Stingers is Australia’s oldest and largest LGBTIQA+ inclusive water polo club. In its 20th year, the club has nearly 200 members from across the spectrum. Stingers competes in and organises tournaments both locally and internationally, including the Sydney Metro Competition, Australian Rainbow Grudge Matches and the recent launch of its own internal tournament for beginners.

The Sydney Stingers are a LGBTIQ-inclusive water polo club in Sydney, Australia with six teams playing in the NSW metropolitan competition and an internal all-gender social competition with a focus on beginners’ skills, called INTRA. Originally formed in October 2001 to represent Sydney in the 2002 Gay Games, the club is now a well-known part of the Sydney LGBTIQ+ sporting and water polo communities.

Our mission is to provide a safe, inclusive and friendly environment to learn, play water polo, train and socialise. Anyone is welcome regardless of experience, although water polo does require strong swimming skills and endurance. We encourage new players to join and actively develop the skills required. We train each Saturday morning at Ryde Aquatic Leisure Centre, and we hold regular swim squad meets on Wednesday nights and Friday mornings.

The Stingers also have a busy calendar of social and fundraising events including the Mardi Gras parade and our famous yearly Trivia Nights in conjunction with our generous supporters.

For the current Summer 2020 season there are six Sydney Stingers teams competing in the Water Polo NSW metropolitan league:

Stingers W4 play in the Water Polo NSW Division 2 Women’s Open 4th grade. Members of this team are experienced players with intermediate to advanced levels of skills and fitness.

Stingers W6 play in the Water Polo NSW Division 2 Women’s Open 6th grade. Members of this team range from beginner to intermediate skill level, and work to build their fitness levels and core water polo skills in a friendly and supportive environment.

Stingers M7 play in the Water Polo NSW Division 2 Men’s Open 7th grade. Members of this team have at least several years of water polo experience and intermediate to advanced levels of fitness.

Stingers M7-2 play in the Water Polo NSW Division 2 Men’s Open 7th grade. Members of these teams concentrate on developing core water polo skills and building their fitness levels while competing in a serious sport with a fun attitude.

In 2021, the Stingers established a new all-internal club competition designed to provide a social and inclusive place to play the sport. In particular, INTRA focuses on beginners’ game and team skills, but it is also a great way to stay involved in the game and club with shorter seasons held multiple times across the year, consistent game location at Gunyama Park and an all-inclusive environment with mixed teams.