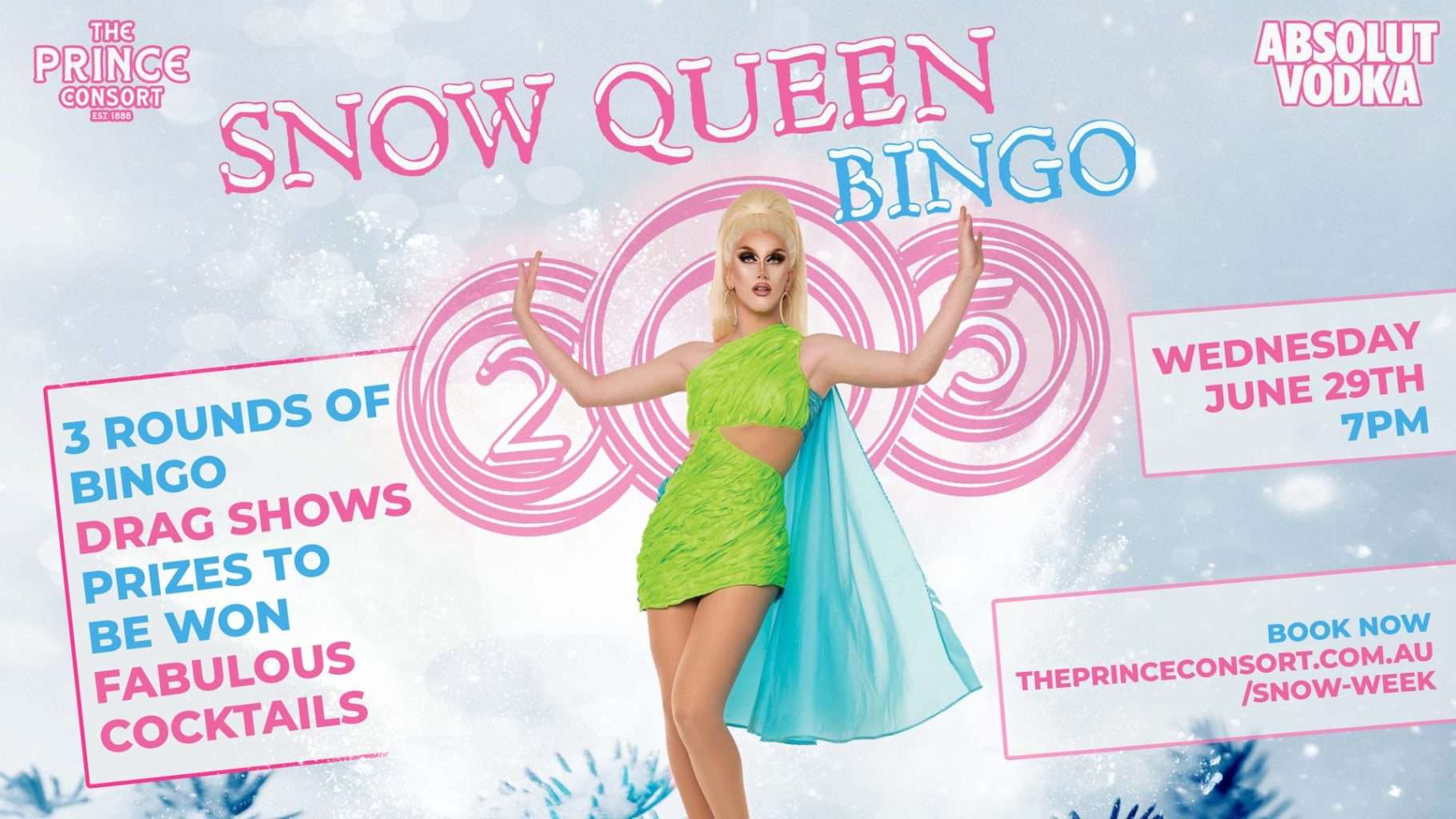 The Prince Consort’s Snow Week returns bigger and better than ever!

Prepare to enter our Winter Wonderland with another 50 tonnes of REAL SNOW falling on The Prince. Explore all the spaces on offer as we transform the whole venue this June!

Returning is the wildly popular Snow Queen Bingo. You’ve heard of the Prince, but have you heard of the
Queen of the Prince… ROXANNE?! Join us for a hilarious and outrageous Snow (Drag) Queen Bingo in 50
Tonnes of REAL SNOW!! There will be Drag shows, Fabulous Cocktails thanks to Absolut, $15 Rumps, and loads
of prizes to be won! As this event is taking place during pride month, we have decided to raise money for the
Queensland Council for LGBTI Health (QC) and Lesbian, Gay, Bisexual, Transgender, Intersex, Sistergirl and
Brotherboy folks. We will be making QC our charity of the month leading up to the Snow Queen bingo event.

After the show never fear! The party will continue with Djs playing all your favourite queer anthems until late.
Last Snow Queen Bingo was a sell-out event, be sure to book in early to avoid missing out!

For more
information on what we have planned or how you can join in on the fun, head to
www.theprinceconsort.com.au/snow-week