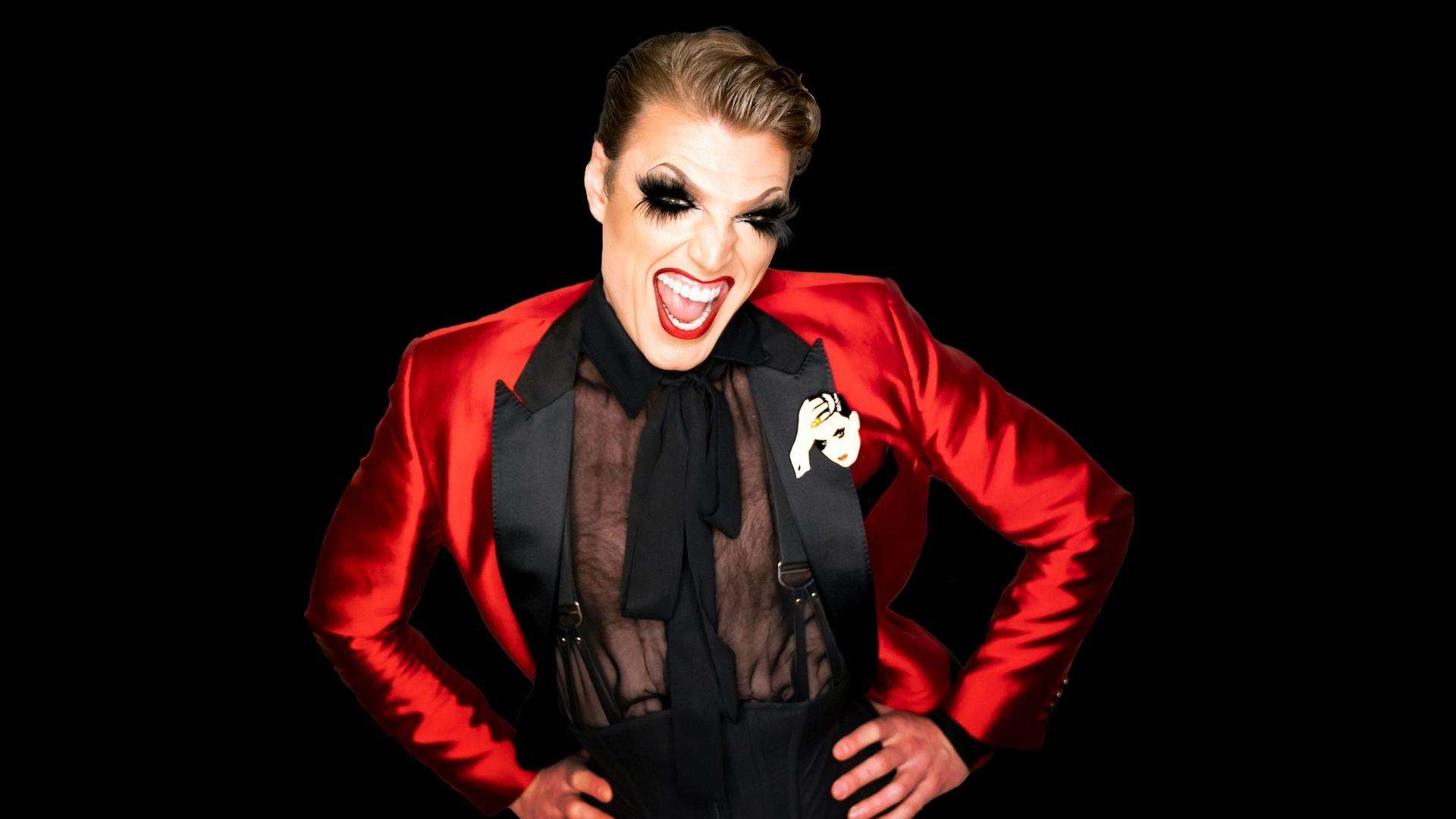 You are cordially invited to join cabaret legend Reuben Kaye, Hot Brown Honey beatbox icon Hope One and writer par excellence Benjamin Law for the literary smack down event of the year!

Literary Death Match asks four daring writers to read a piece of their best and most entertaining work for judgement… Writers Tobias Madden, Lee McGowan, Nevo Zisin and Martine Kropkowski are the plucky contestants. Adrian Todd Zuniga is the charismatic host. Grab a drink from the bar, take a seat in the beautifully renovated Princess Theatre, and watch the carnage unfold.

Originally from Ballarat, Tobias worked for ten years as a dancer, touring Australia and New Zealand with musicals such as Mary Poppins, CATS, Singin’ in the Rain and Guys and Dolls. He now lives in Sydney with his husband, Daniel, and their Cavoodle, Ollie.

In 2019, Tobias edited and published Underdog: #LoveOzYA Short Stories, which featured his first published work, Variation. He also co-wrote the cabaret show Siblingship, which played to sold-out audiences in Sydney, Melbourne and Canberra. Tobias is a passionate member of the #LoveOzYA and LGBTQ+ communities, and he currently works full time for a major independent publishing company.

Best known as an Australian comedian-actor, Reuben Kaye is considered a multi-talented artist, thanks to his involvement in several fields.

He is a TV presenter, actor, musician, and a global figure known for live shows.

Hope One is a Takatāpui Beatboxer and multi-disciplinary artist from Te Ātihaunui-a-Papārangi and Taranaki iwi of Aotearoa. Fusing together Human Beatboxing, Spoken Word, Storytelling, Drag and Movement to deliver captivating BeatRhyming experiences about identity, culture, queerness, motherhood and navigating trauma. Hope’s career started out winning an Australian Idol audition, landing a spot in the Beatbox Alliance – the very first Beatbox group in the Southern Hemisphere, touring nationally across Australia. Placing top four in the Women’s division of the Beatboxing World Championships in Germany, warming up stages for major Hip Hop stars and touring the world with Internationally acclaimed theatre show Hot Brown Honey. Adding Poetry to her repertoire, she has been commissioned multiple times for Red Room Poetry, won Ruckus Slam heat in May and is making their published poet debut later this year in a lived-experience mental health poetry anthology curated by David Stavanger for MAD Poetry. Hope’s writing their first theatre show in collaboration with Melanie Mununnggur called ‘Do you thrust me?’ set to debut later this year.

Benjamin Law is the author of The Family Law (2010), Gaysia (2012), the Quarterly Essay ‘Moral Panic 101’ (2017) and editor of Growing Up Queer in Australia (2019). He also created and co-wrote three seasons of the award-winning SBS TV series The Family Law and the play Torch the Place for Melbourne Theatre Company. He’s co-host of the national pop culture show Stop Everything on ABC Radio National.

Dr Lee McGowan is writer, researcher and teacher at the University of the Sunshine Coast. He recently published Football Fiction: A History (2019) and co-authored Never Say Die: The Hundred Year Overnight Success of Australian Women’s Football (2019). His other research interests include digital narratives and community engagement. Lee follows Glasgow Celtic and the Matildas.

Nevo Zisin (they/them) is a queer, non-binary, Jewish writer, performer, activist and public speaker based in Naarm/ Melbourne. They run workshops in schools and professional development trainings in workplaces around transgender identities. Author of award-winning Finding Nevo (2017), a memoir on gender transition and The Pronoun Lowdown (2021) a useful guidebook on all things related to pronouns.

Their work has appeared in The Saturday Paper, NGV Magazine, Archer Magazine, Junkee, Kindred: A Queer Australian Young Adult Anthology, SBS, Hack Live and The Morning Show amongst others.

They are a mentor for The Pinnacle Foundation, one of Out for Australia’s 30 Under 30 for 2019, an ambassador for both Wear It Purple and the Victorian Pride Centre as well as a member of the Gender Euphoria cast – Australia’s largest all trans & gender diverse show on a main stage.

Martine Kropkowski is a writer and researcher based in Brisbane, Australia. Her writing has appeared across literary journals, magazines and anthologies. She was awarded the UQP Writing Mentorship for This Wretched Self, a novel exploring domestic abuse and female friendship. Previously a journalist, Martine now teaches professional and creative writing at The University of Queensland, where she also investigates fanatical language and its fictional representations as part of her post graduate research.