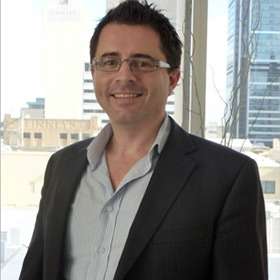 About Paul
Paul Martin is a senior registered psychologist with over 25 years of experience in counselling couples, individuals and workplace leaders.

Paul’s counselling style has been described as relaxed, authentic and warm where people quickly feel at ease and develop trust in him. This type of positive professional relationship is the ideal foundation for a counselling experience that is often transformational for the couple, individual or business leader.

He is considered one of Australia’s leaders in the area of LGBTIQ mental health and provides supervision for psychologists in workplace, professional and university settings.

Paul’s passion for LGBTIQ counselling originated from his own history. As a young person, he grew up in a conservative Christian evangelical environment where sexual and gender diversity was considered sinful and psychologically disordered. In his 20’s, Paul personally experienced ‘reparative therapy’ which attempts to change people into heterosexuals. During this time, he also became a leader in an ‘ex-gay ministry’ called Exodus. When Paul realised how damaging this ‘therapy’ and philosophy was to himself and others, he left the ministry and chose to embrace his true identity as a gay man.

Paul spent his adult life educating as many as possible about the dangers of the ex-gay movement. He has run workshops for Christian leaders in Australia and New Zealand to deepen their understanding of LGBTIQ issues. Paul is the official psychologist for Freedom 2Be – a group of Christians who believe that God embraces their sexual orientation and accepts them as LGBTIQ.

He has also been strongly involved in other areas of LGBTI and diversity advocacy such as marriage equality. He has written chapters about LGBTIQ mental health in five books, appeared in documentaries, been extensively interviewed in the media and written columns in magazines.

When not in the office, Paul enjoys spending time with his dog and cat, socialising with family and friends; gardening, writing, listening to music and savouring fabulous coffee and tea.